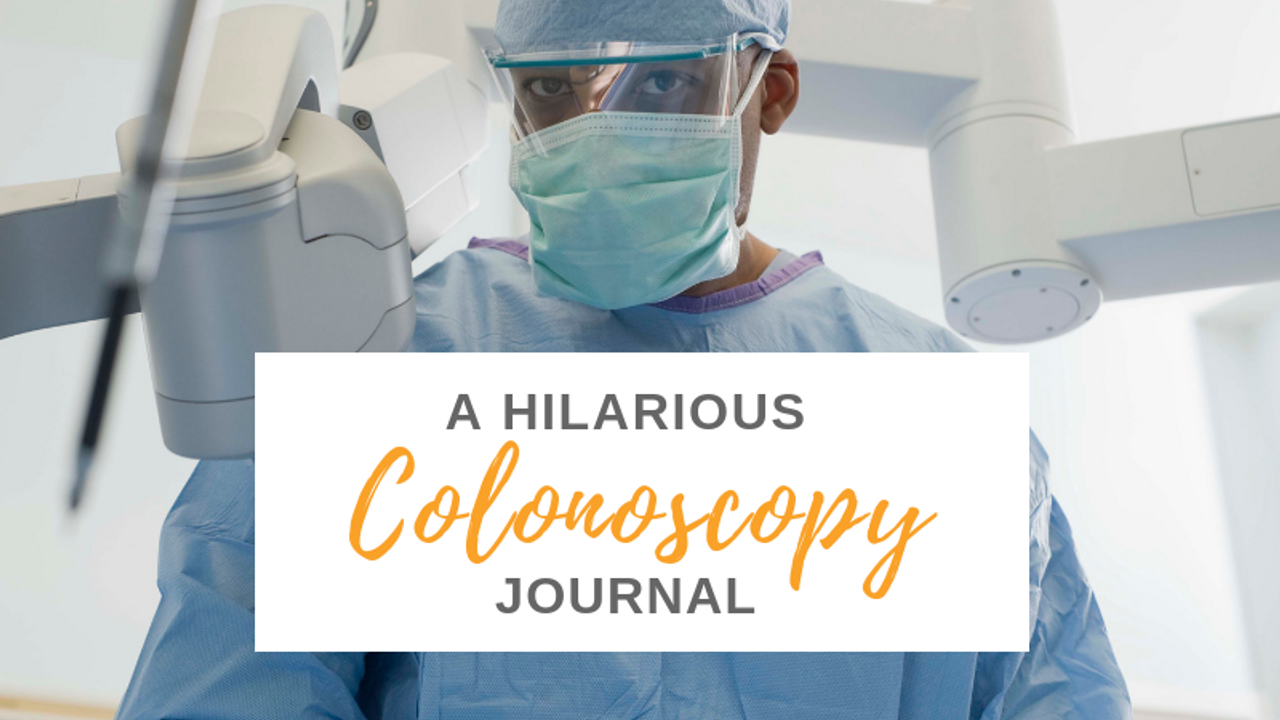 In honor of colorectal cancer awareness month and to persuade you there’s absolutely no reason to put off getting screened I’m sharing this hilarious colonoscopy journal written by Dave Barry.

I called my friend Andy Sable, a gastroenterologist, to make an appointment for a colonoscopy. A few days later, in his office, Andy showed me a color diagram of the colon, a lengthy organ that appears to go all over the place, at one point passing briefly through Minneapolis.

Then Andy explained the colonoscopy procedure to me in a thorough, reassuring and patient manner. I nodded thoughtfully, but I didn’t really hear anything he said, because my brain was shrieking, quote, ‘HE’S GOING TO STICK A TUBE 17,000 FEET UP YOUR BEHIND!’

I left Andy’s office with some written instructions, and a prescription for a product called ‘MoviPrep,’ which comes in a box large enough to hold a microwave oven. I will discuss MoviPrep in detail later; for now suffice it to say that we must never allow it to fall into the hands of America’s enemies.

I spent the next several days productively sitting around being nervous.

Then, on the day before my colonoscopy, I began my preparation. In accordance with my instructions, I didn’t eat any solid food that day; all I had was chicken broth, which is basically water, only with less flavor.

Then, in the evening, I took the MoviPrep. You mix two packets of powder together in a one-liter plastic jug, then you fill it with lukewarm water.

(For those unfamiliar with the metric system, a liter is about 32 gallons).

Then you have to drink the whole jug. This takes about an hour, because MoviPrep tastes – and here I am being kind – like a mixture of goat spit and urinal cleanser, with just a hint of lemon.

The instructions for MoviPrep, clearly written by somebody with a great sense of humor, state that after you drink it, ‘a loose watery bowel movement may result.’ This is kind of like saying that after you jump off your roof, you may experience contact with the ground.

MoviPrep is a nuclear laxative. I don’t want to be too graphic, here, but:

Have you ever seen a space-shuttle launch? This is pretty much the MoviPrep experience, with you as the shuttle. There are times when you wish the commode had a seat belt. You spend several hours pretty much confined to the bathroom, spurting violently. You eliminate everything. And then, when you figure you must be totally empty, you have to drink another liter of MoviPrep, at whic h point, as far as I can tell, your bowels travel into the future and start eliminating food that you have not even eaten yet..

After an action-packed evening, I finally got to sleep. The next morning my wife drove me to the clinic. I was very nervous. Not only was I worried about the procedure, but I had been experiencing occasional return bouts of MoviPrep spurtage. I was thinking, ‘What if I spurt on Andy?’ How do you apologize to a friend for something like that? Flowers would not be enough.

At the clinic I had to sign many forms acknowledging that I understood and totally agreed with whatever the heck the forms said. Then they led me to a room full of other colonoscopy people, where I went inside a little curtained space and took off my clothes and put on one of those hospital garments designed by sadist perverts, the kind that, when you put it on, makes you feel even more naked than when you are actuall y naked.

Then a nurse named Eddie put a little needle in a vein in my left hand.

Ordinarily I would have fainted, but Eddie was very good, and I was already lying down. Eddie also told me that some people put vodka in their MoviPrep.

At first was ticked off that I hadn’t thought of this, but then I pondered what would happen if you got yourself too tipsy to make it to the bathroom, so you were staggering around in full Fire Hose Mode.

You would have no choice but to burn your house. When everything was ready, Eddie wheeled me into the procedure room, where Andy was waiting with a nurse and an anesthetist. I did not see the 17,000-foot tube, but I knew Andy had it hidden around there somewhere.

I was seriously nervous at this point. Andy had me roll over on my left side, and the anesthetist began hooking something up to the needle in my hand. There was music playing in the room, and I realized that the song was ‘Dancing Queen’ by Abba. I remarked to Andy that, of all the songs that could be playing during this particular procedure, ‘Dancing Queen’ has to be the least appropriate. Ã¢Â€Â˜You want me to turn it up?’ said Andy, from somewhere behind me.. ‘Ha ha,’ I said.

And then it was time, the moment I had been dreading for more than a decade.

If you are squeamish, prepare yourself, because I am going to tell you, in explicit detail, exactly what it was like:

I have no idea. Really. I slept through it. One moment, Abba was shrieking ‘Dancing Queen! Feel the beat from the tambourine …’ and the next moment, I was back in the other room, waking up in a very mellow mood. Andy was looking down at me and asking me how I felt. I felt excellent. I felt even more excellent when Andy told me that it was all over, and that my colon had passed with f lying colors.

I have never been prouder of an internal organ.

[ABOUT THE WRITER: Dave Barry is a Pulitzer Prize-winning humor columnist for the Miami Herald.]

If life’s sideswiped you with a diagnosis, a painful divorce, infertility of anything that’s left you exhausted, overwhelmed and yes, even angry, I get it.

We want our old lives back, we look longingly at other people’s seemingly easy and pain-free lives and we want what they have. It’s easy to get resentful and bitter too as we’re left dealing with the fear a second mammogram call back, or realizing our son might not just be a sulky teenager but actually dealing with depression.

It’s so hard, and how are we meant to handle all life throws at us, without going insane, losing our faith or killing our people?

DOWNLOAD this FREE AUDIO and you’ll discover my three strategies to give you the self-confidence and trust you need to thrive, not just survive, what’s been thrown at you. You’ve got this, because He’s got you. 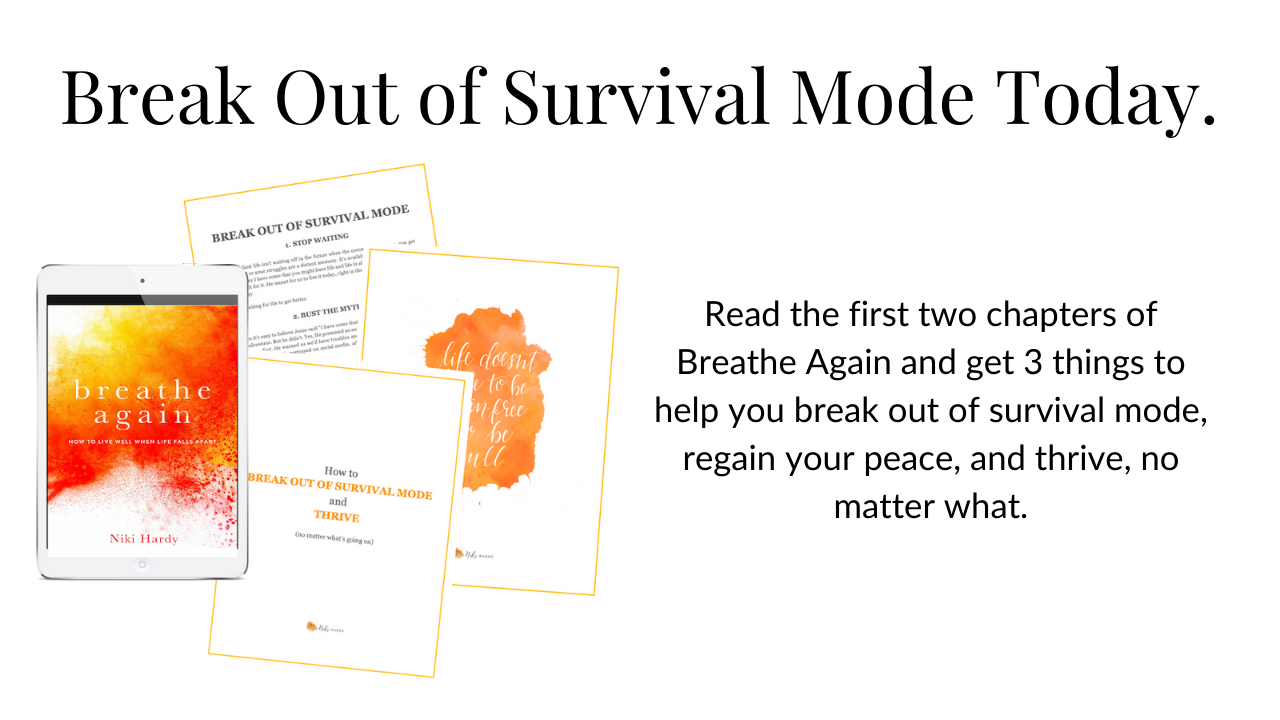 Pop in your name and email address to download the first chapter for FREE! 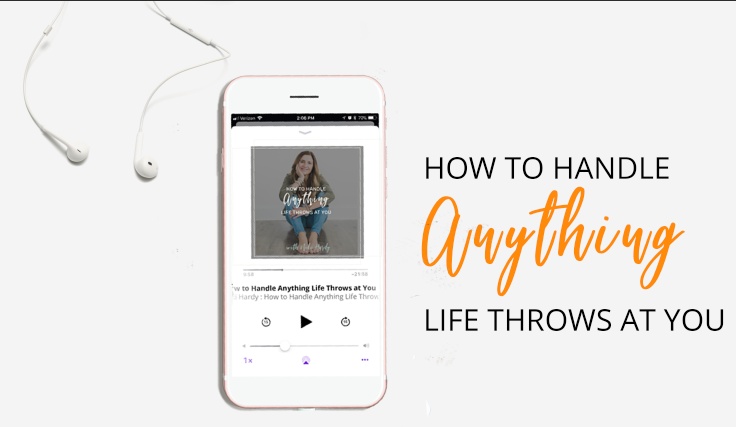 Discover three strategies to give you the self confidence and trust to thrive, not just survive, right where you are.